I don’t know how long T04I3RG was buried at John’s Salvage, but I was real excited to pick her up today. She’s mostly intact, no major damage by outside inspection. No she doesn’t rotate — and that might be a bigger problem — but I hope it is merely cylinder and piston ring rust. The previous 3 Corvair engines I had were not listed in the manual as ideally good engines. But TZero meets the standard. She was brought in to the shop a bit messy — but I expect she’ll clean up real nice. Pictured below is TZero now: 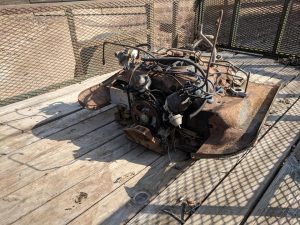 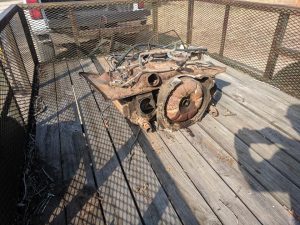 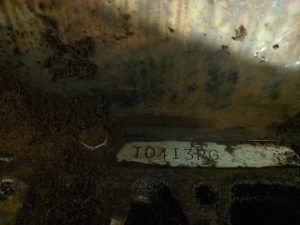 And this is what I expect her to look like as soon as I can get her reassembled with parts from William Wynne and Dan Weseman: 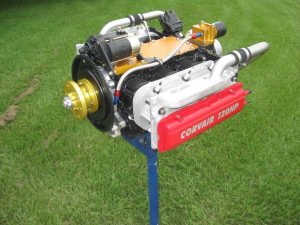